Curtailment is an issue for renewable generators on the island of Ireland due to the relatively high level of renewables connected, and planning to connect to the system. Curtailment occurs when renewable generation is constrained down to maintain system-wide security. Wind farms have experienced average curtailment levels of approx. 2% to 4% between 2011 and 2015. We have developed models for analysing curtailment levels over the next ten year period for both wind and bio-energy generation. The model takes into account varying levels of various input assumptions such as demand, wind generation levels, SNSP limits, minimum generation levels, and the operation of interconnectors. MullanGrid’s curtailment model, which has been validated against EirGrid’s model, has been utilised to advise developers, investors and banks on potential curtailment levels going forward. 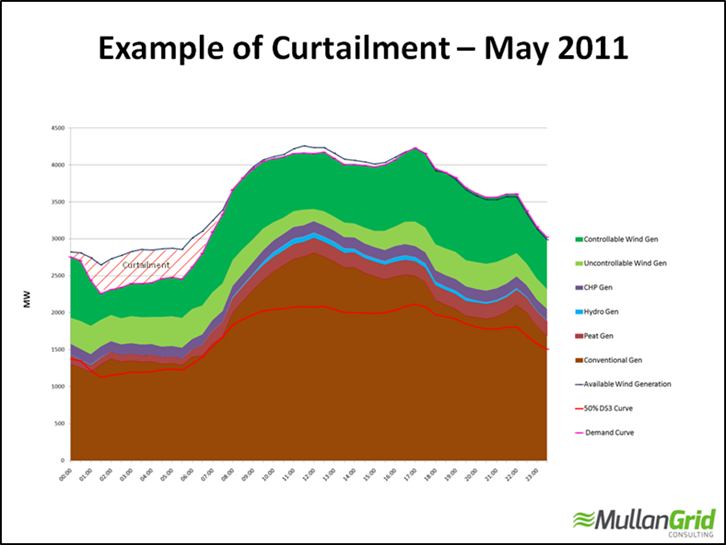